There’s nothing that says “summer” like ooey, gooey s’mores cooked over an open campfire. But for city and apartment dwellers, that summer treat might just be an ancient childhood memory. Until now. Say hello to S’mores Pots. A crumbly graham cracker crust, a melty middle layer of peanut butter and chocolate chips, and a gooey, golden brown marshmallow top. Holy wow. Yes. 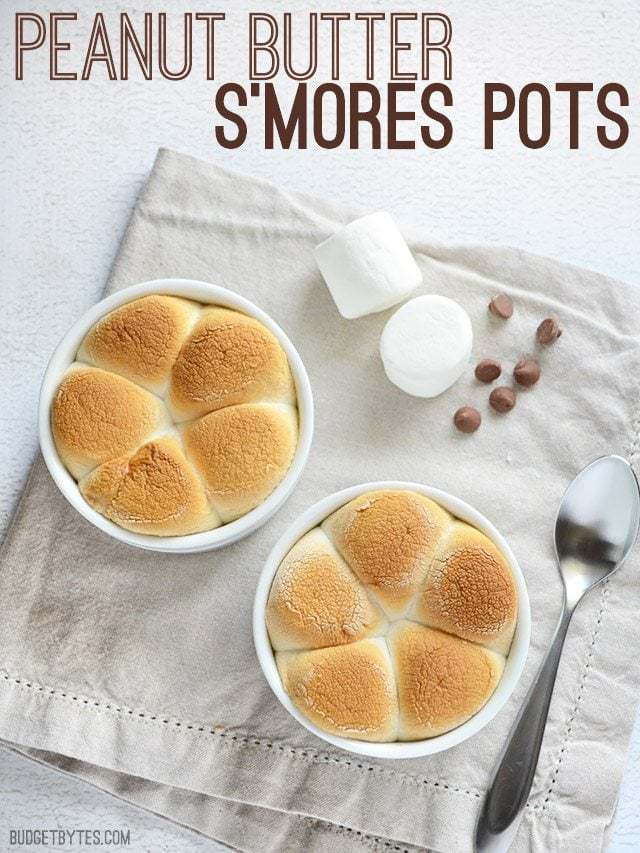 I intended this to be another “dessert for two” recipe, but as I was eating my S’mores Pot it was just so deliciously rich that I think one little pot might be enough for two. So, the recipe below makes two pots, which could theoretically feed up to four. If you want to make just one pot, the recipe can easily be cut in half. It’s very flexible too, so if you want more or less of one layer you can certainly customize it to your liking.

Can You Make S’Mores Pots Ahead?

Yes, you can assemble the s’mores pots ahead of time (probably up to a day or two) and them bake them just before serving. 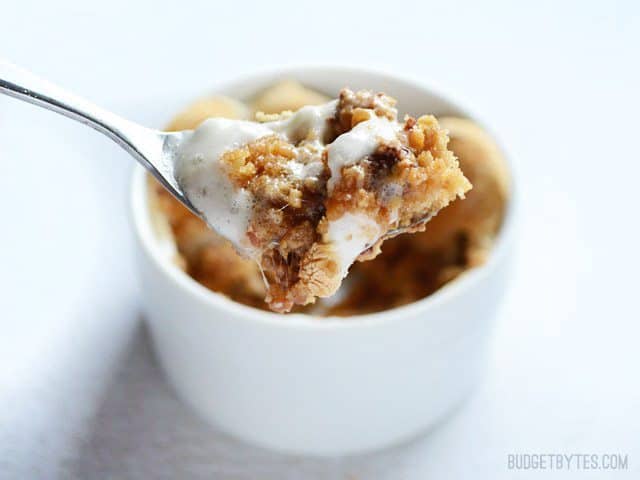 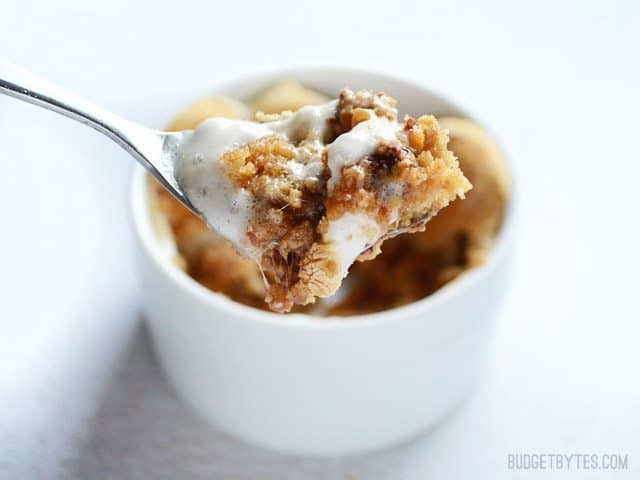 Try These Other Small Batch Desserts:

How to Make S’Mores Pots – Step by Step Photos 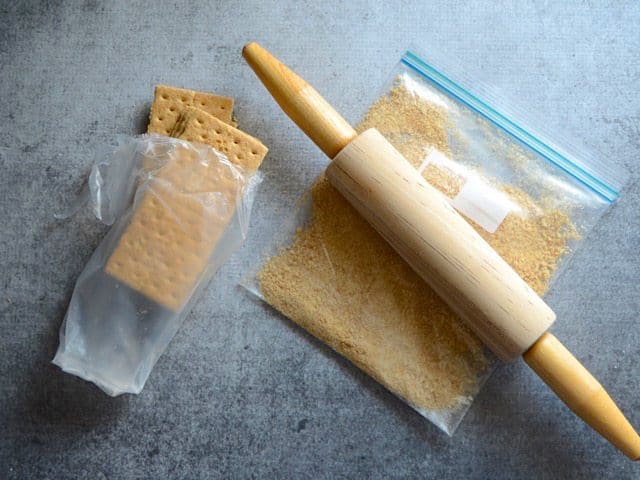 Preheat the oven to 350ºF. Start the graham cracker crust by crushing three whole graham cracker rectangles. A zip top bag helps make this job a little less messy. Crush them until they are fine crumbs. 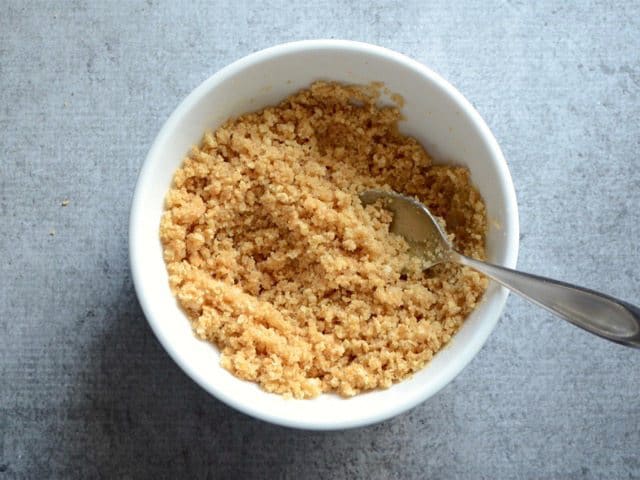 In a medium bow, melt 2 Tbsp of butter, then stir in 1 Tbsp sugar and the graham cracker crumbs. Stir until the mixture resembles wet, coarse sand. 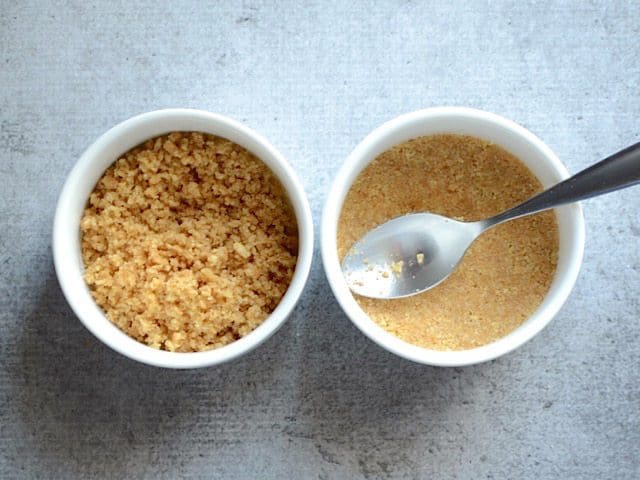 Divide the graham cracker crust mixture between two 8oz. ramekins. Use the back of a spoon to press the crust into a solid layer. 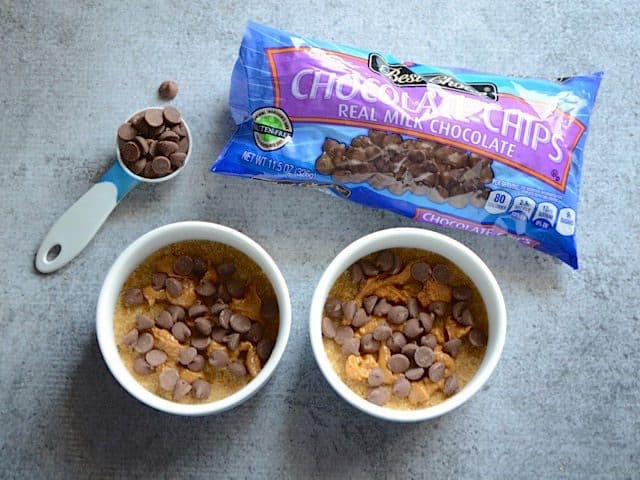 Add about 1 Tbsp peanut butter to each ramekin and a sprinkle of milk chocolate chips (1 to 1.5 Tbsp chips). I didn’t think spreading the peanut butter would be very successful, so I just added it in little drops. 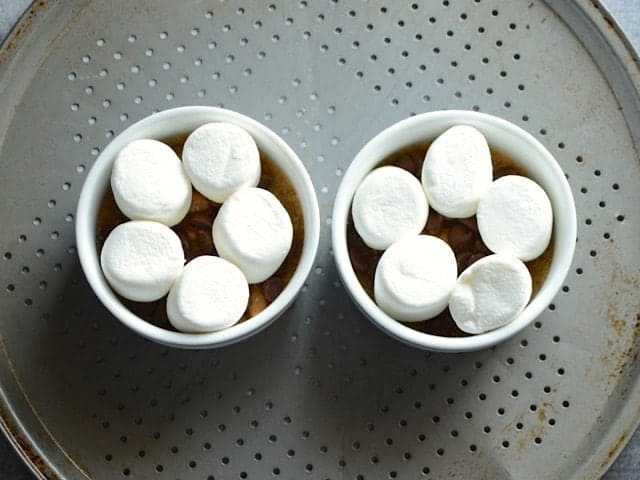 Finally, add a layer of large marshmallows to the top of each ramekin. Use enough marshmallows so they are touching, but not totally packed in there. They will spread as they melt. I used five for each ramekin. Also, I like to put my ramekins on a baking sheet (or pizza pan in this case) to make them easier to move in and out of the oven. 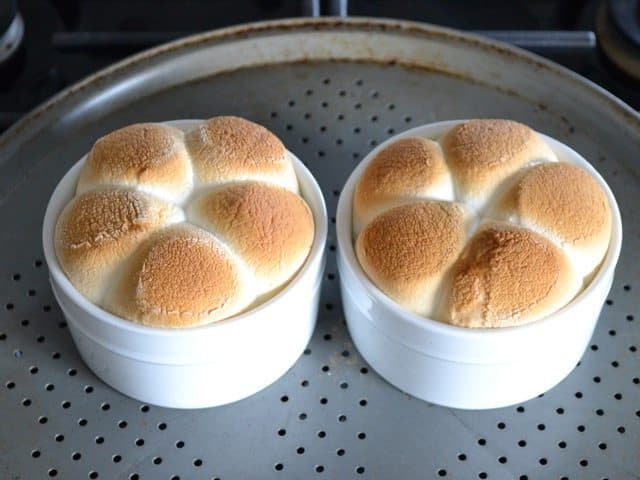 Bake the pots for 15 minutes, or until the marshmallows are puffed up and light golden brown. If you want extra browning, you can pop them under the broiler for a QUICK minute, but watch them carefully. 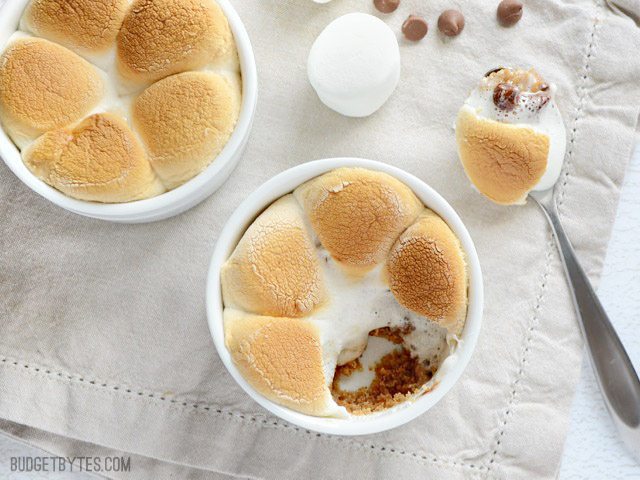 Serve the s’mores pots immediately so everything is still all melty and gooey. The marshmallows will deflate as they cool down. Be careful, though, the ramekins are hot so either use a pot holder or wrap them in a kitchen towel when you handle them. 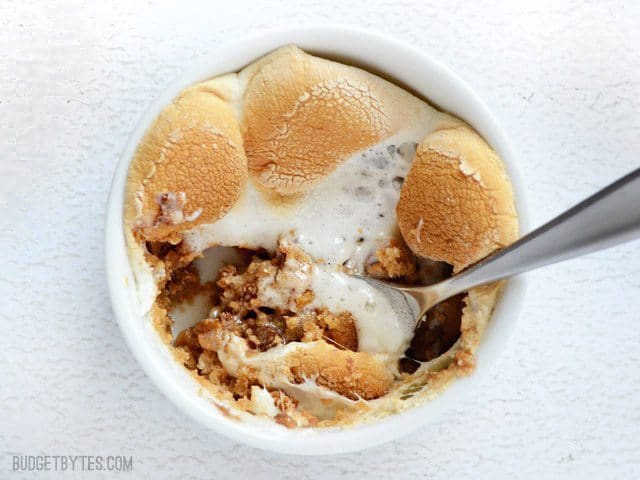