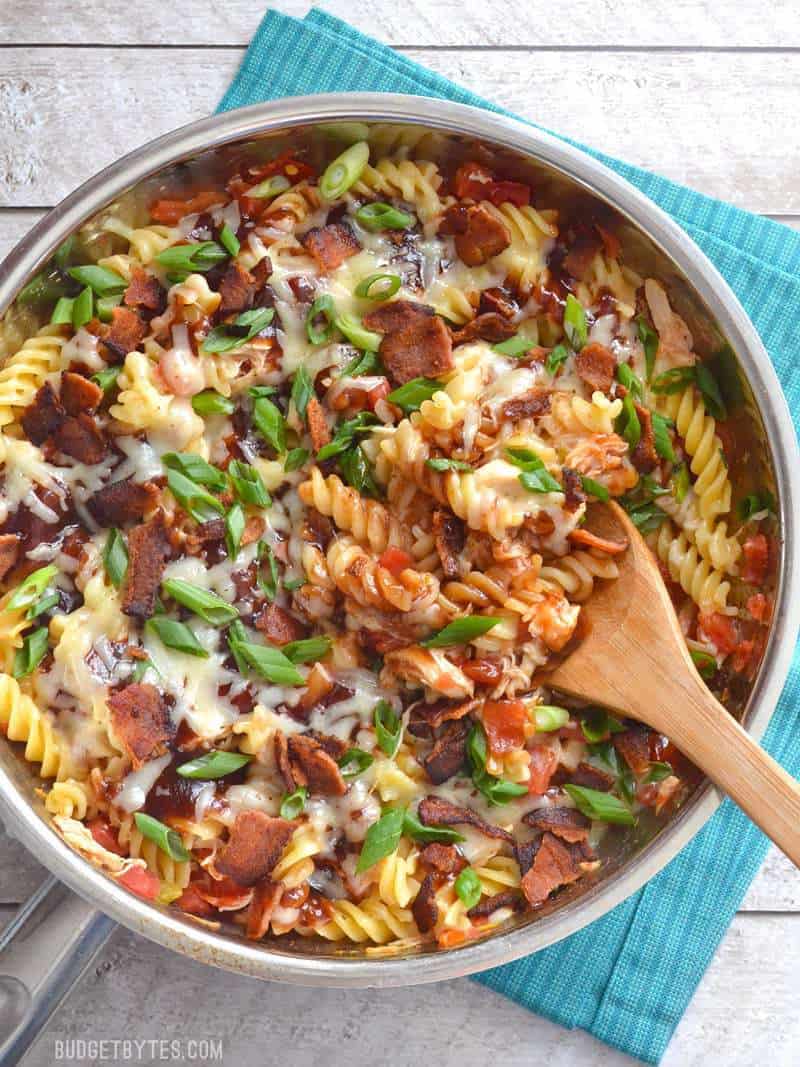 What is Monterey Chicken?

This quick skillet pasta is a take on a recipe that I’ve seen floating around the web for years, Monterey Chicken. It’s a unique combo of tomatoes, green chiles, BBQ sauce, cheese, and bacon. Sounds strange, but there are so many good things going on in this dish that you really never get a dull bite. There’s just a LOT of flavor. As usual, I turned it into a pasta dish to help stretch out the cost… Because chicken, bacon, and cheese aren’t exactly cheap.

I used a little rotisserie chicken, went light on the cheese, and only included the bacon because I happened to have some left over in my freezer. Honestly, I think the BBQ sauce and cheese carry the flavor here, so if you don’t want to spend on the bacon you could skip it and still get a great meal. The Rotel tomatoes (diced tomatoes with green chiles) can be kind of spicy, so if that’s not your ticket, you can use plain diced tomatoes instead (a 15 oz. can is okay).

So, ready to see how easy this is? Let’s go… 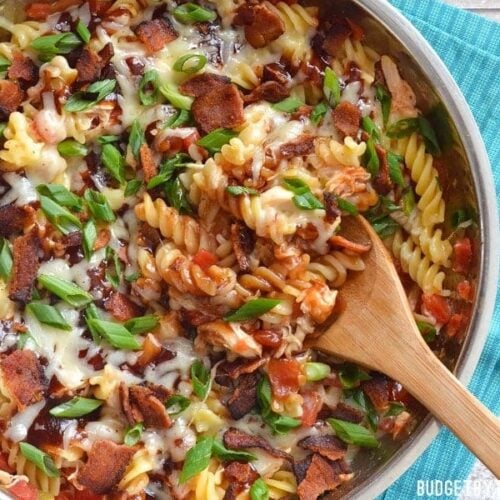 If you can't find Rotel tomatoes, you can use one 15-oz. can of diced tomatoes instead. If canned diced green chiles are available on their own, they can be added as well. 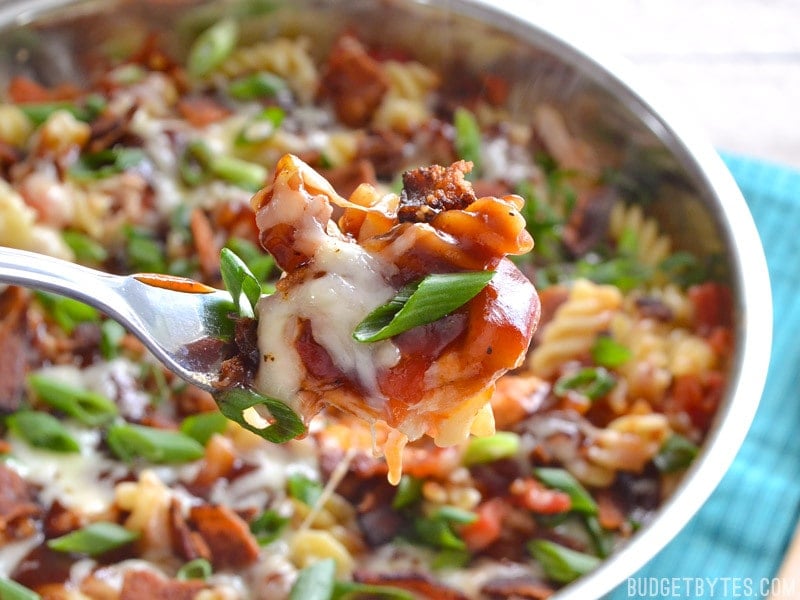 How to Make Monterey Chicken Skillet – Step by Step Photos 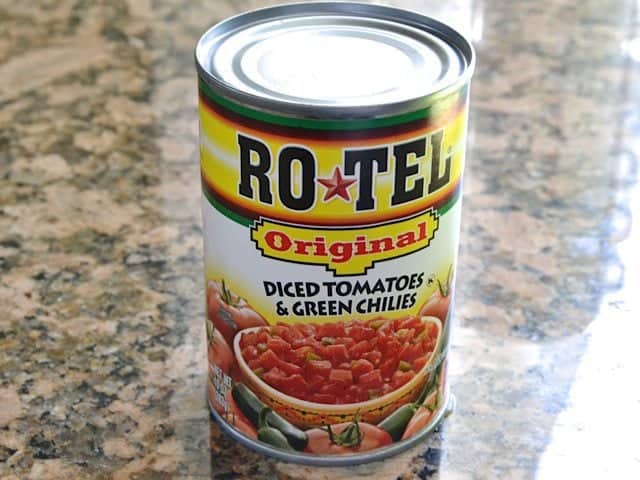 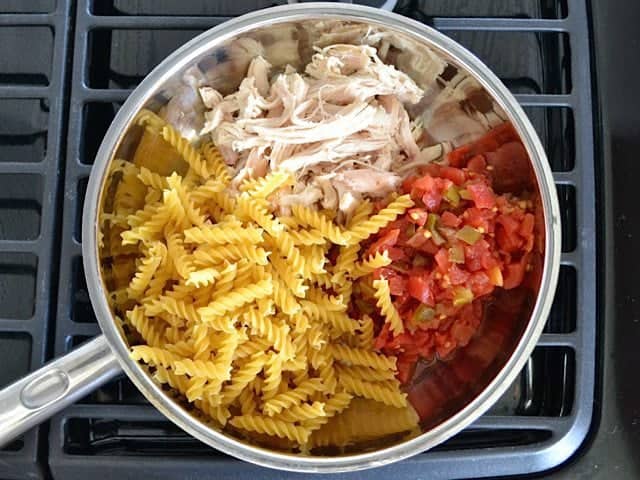 Anywho, put that can of Rotel in a skillet (undrained) along with two loosely packed cups of pre-cooked chicken and 1/2 lb. of pasta. 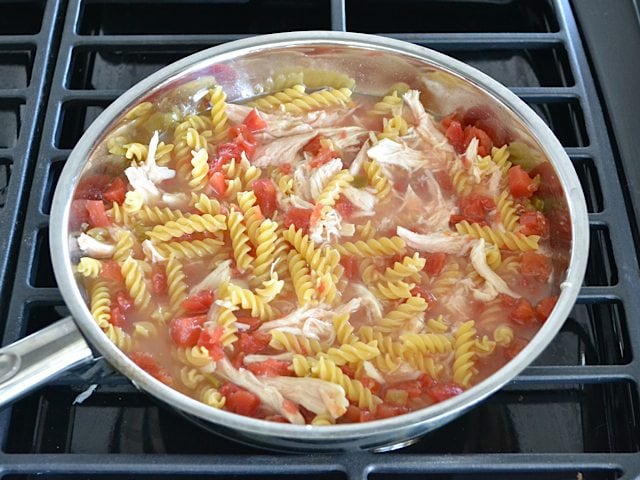 Add two cups of chicken broth then stir everything together well. Place a tight fitting lid on the skillet, turn the heat on to high, and let it come to a boil. As soon as it reaches a boil, turn the heat down to low and let it simmer for 15 minutes. Make sure that it is still simmering on your lowest setting and if it isn’t turn the heat up just a smidge. Also, make sure to stir it once every five minutes or so just to keep the pasta from sticking to the bottom. 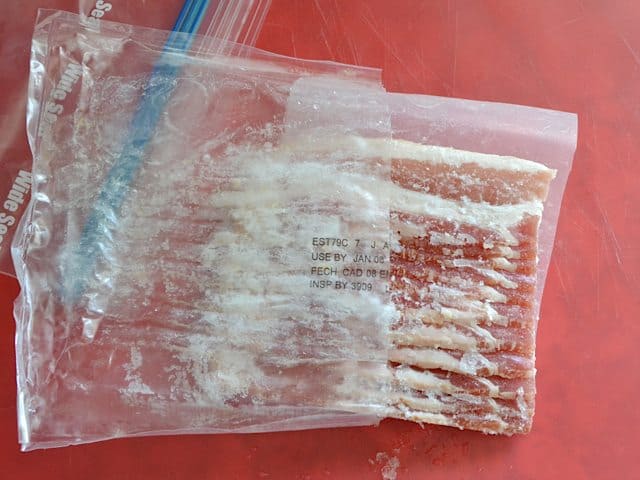 While the skillet is simmering, cook the bacon. I happened to have a half package of bacon left over in my freezer, so I cut that in half and froze the remaining 1/4. So, the portion I used is roughly equivalent to 3 slices. If I hadn’t had the bacon, I probably would have skipped it and still been happy with the dish. 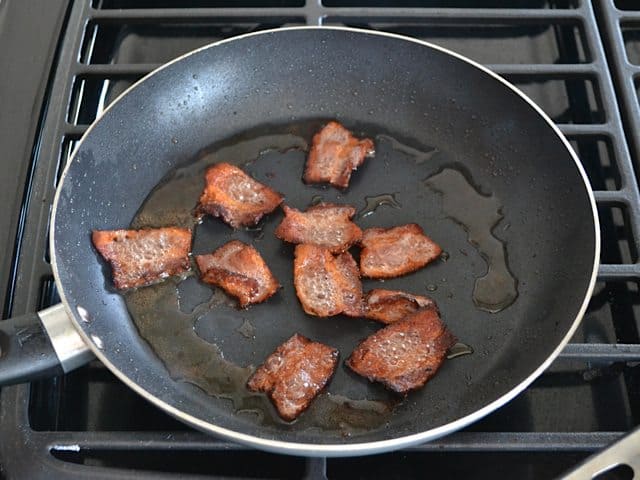 Brown the bacon in the skillet, then drain it on some paper towels. Once it’s cooled, crumble it into pieces. 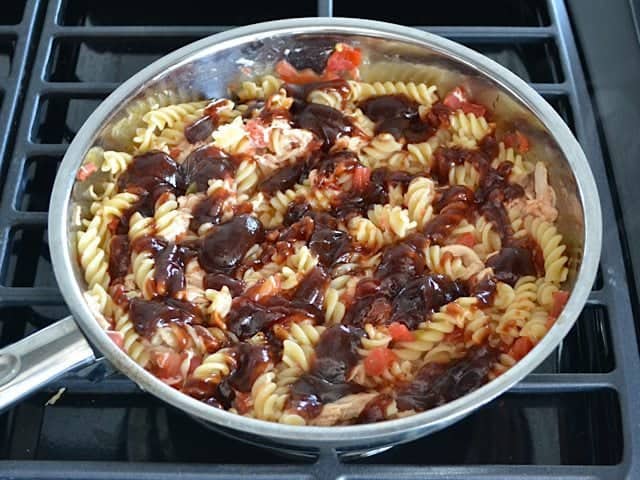 After the skillet has simmered for 15 minutes, the pasta should be tender and most of the liquid absorbed off the bottom. If the pasta is not yet tender, let it simmer for another 5 minutes (with the lid). If it’s tender but there’s still quite a bit of liquid, just let it simmer for a few minutes more WITHOUT the lid, to help the moisture evaporate. Once the pasta is tender, drizzle about 1/3 cup of BBQ sauce over top. It’s easy to go overboard here, so keep it kind of light (I went a little too far I think). 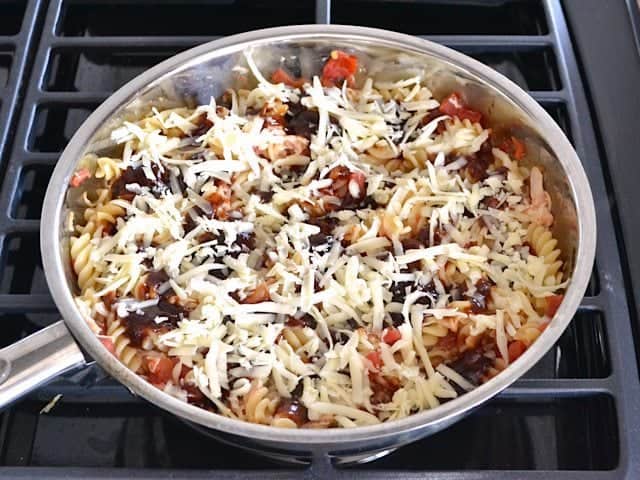 Then sprinkle one cup of shredded Monterey jack over the BBQ sauce. Replace the lid and let it sit for a few minutes, or until the cheese is melted (I still have the heat on low). 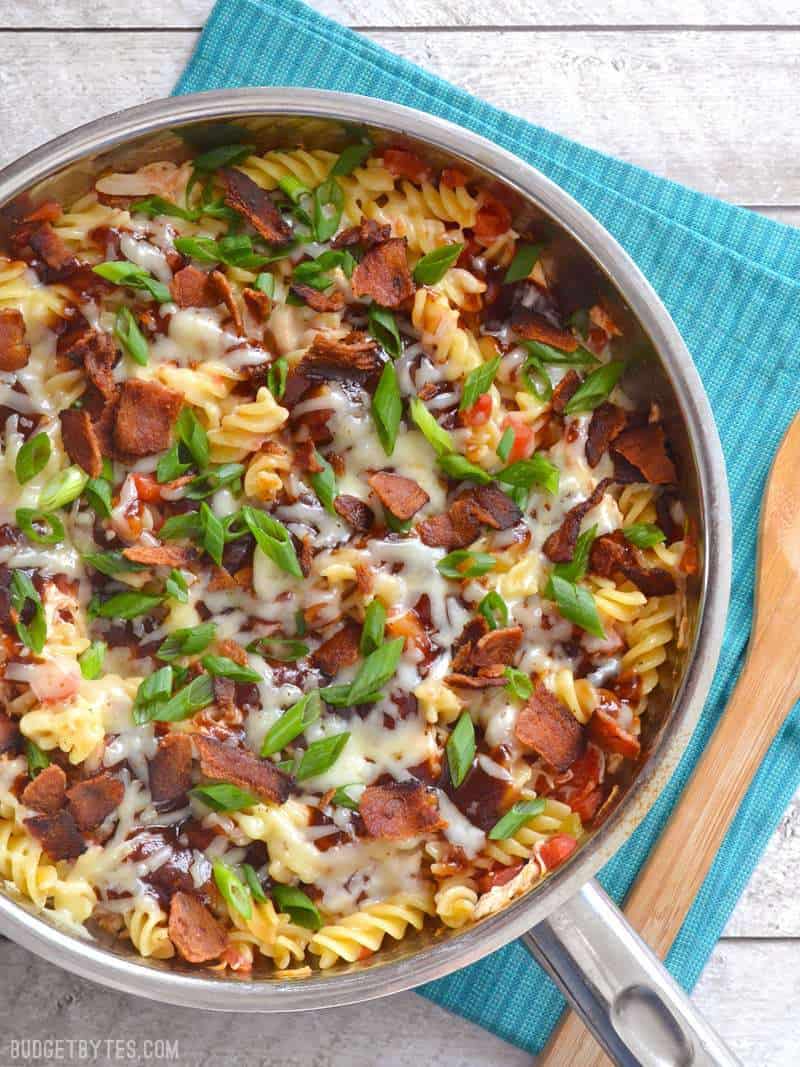 Once the cheese is melted, you can turn off the heat and top the skillet with sliced green onion and the crumbled bacon. Hellloooooooo! 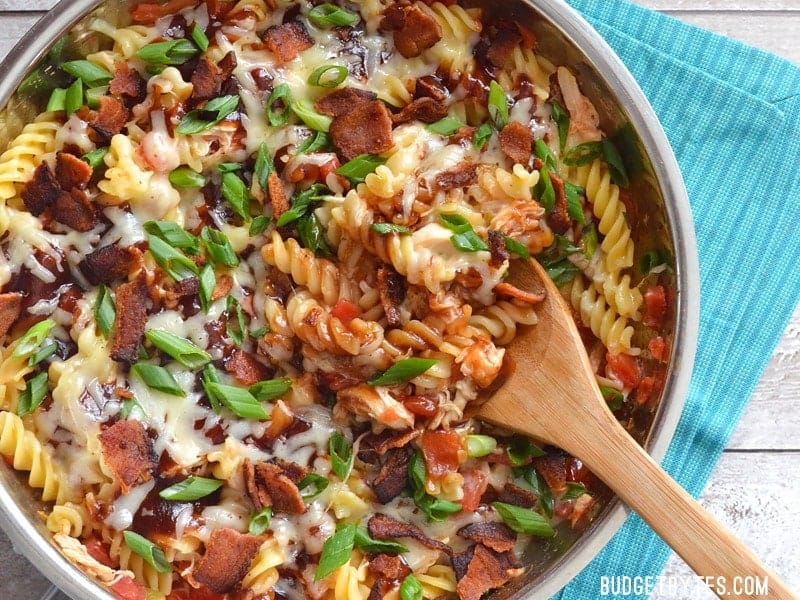 Yeah, I was in the mood for indulgent today. :P