Alright, so remember those incredibly easy, soft, and fluffy 5 Ingredient Freezer Biscuits I made a while ago? Turns out, that biscuit dough makes a really fast and easy cinnamon bun, too. The texture is a bit different than a traditional cinnamon roll because this is not a yeast dough, but OMG, they’re just so soft and moist who even cares? Not me. They’re amazing. I wanted to do something a little different, so I also added some chocolate chips, made a chocolate glaze, and turned them into super easy Chocolate Cinnamon Buns. Yasssss. 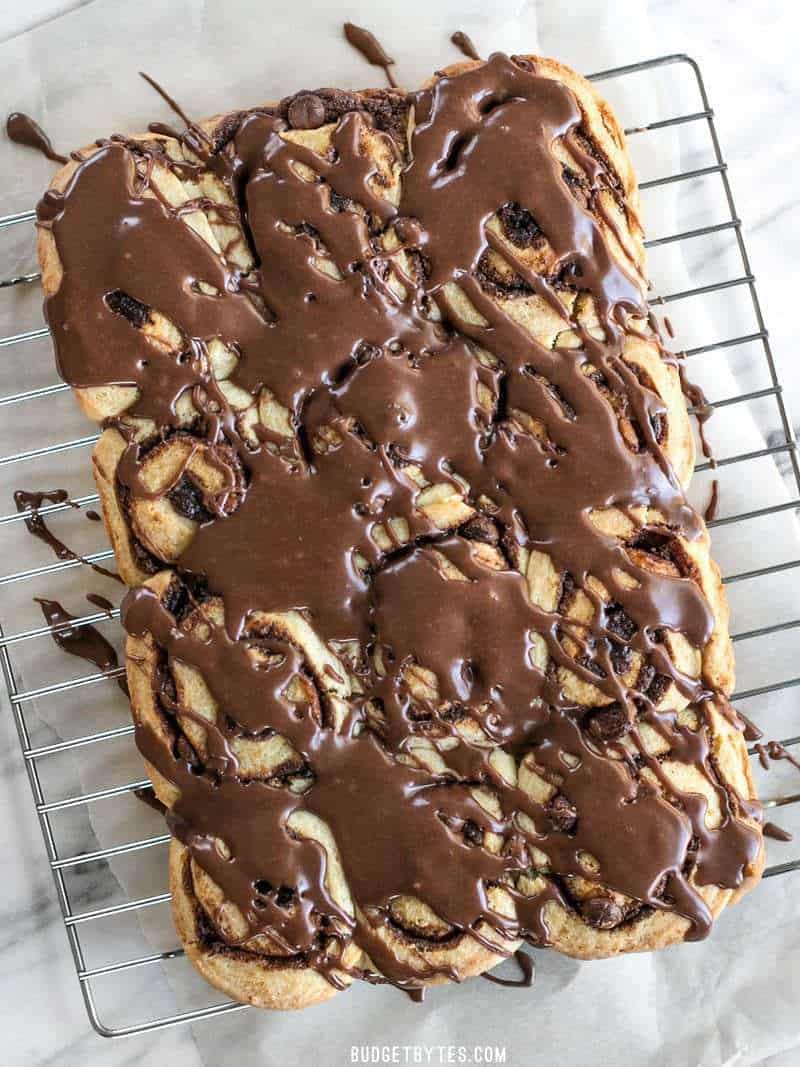 Just like the freezer biscuits, these chocolate cinnamon buns are definitely best right out of the oven. So, if you can’t eat all 12 at once (Like, if you don’t have guests over for breakfast. That wasn’t a challenge.), you can freeze a portion of the buns just before baking. Just remember to reduce the amount of glaze you make to be appropriate for the number of buns you’re baking. ;) 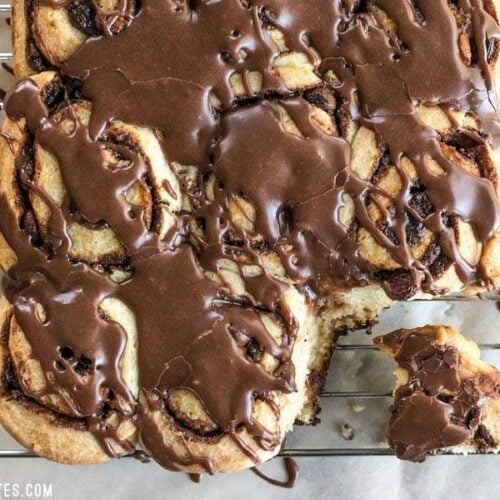 So rich and tender!! 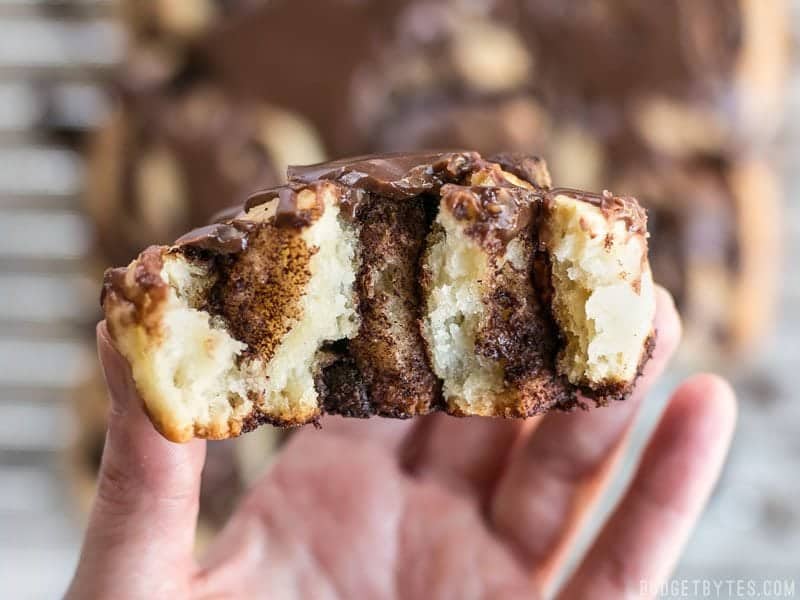 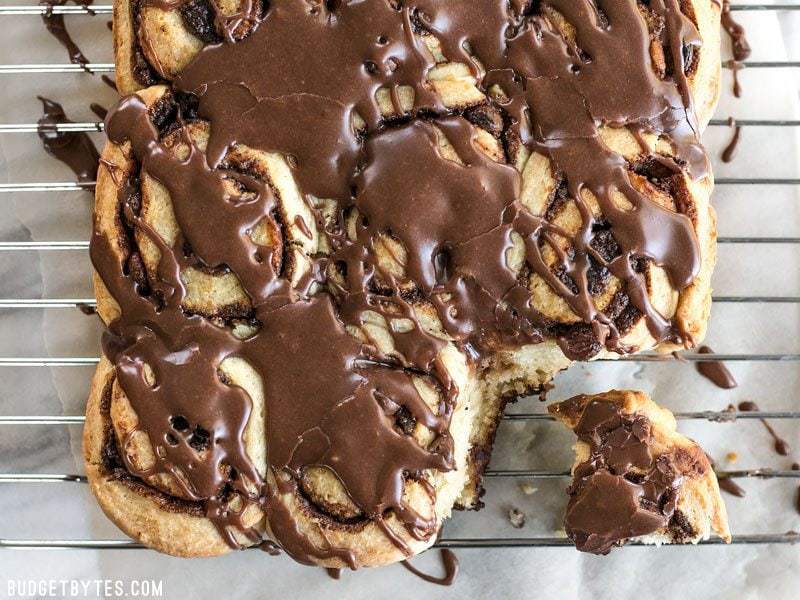 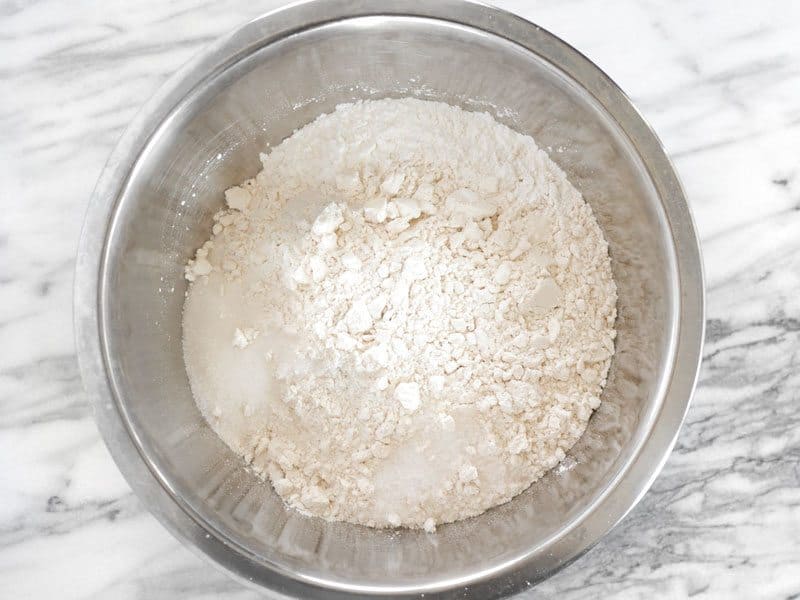 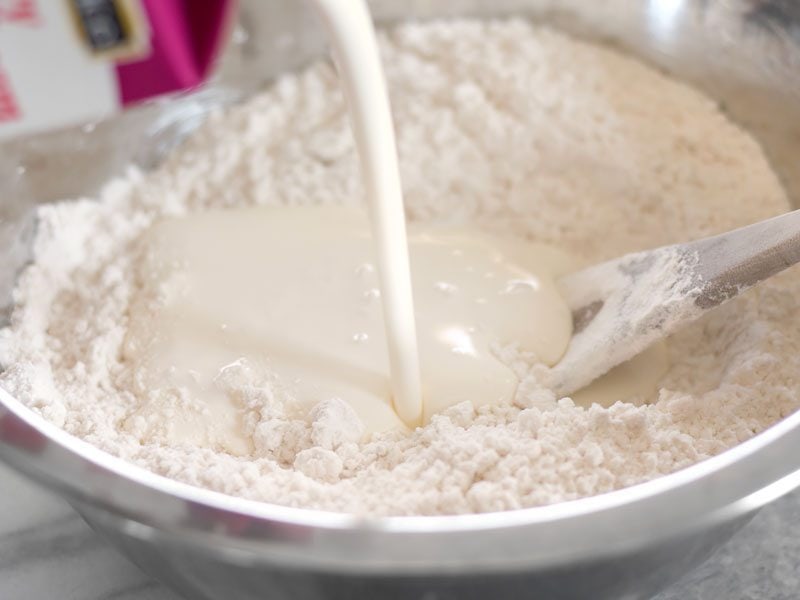 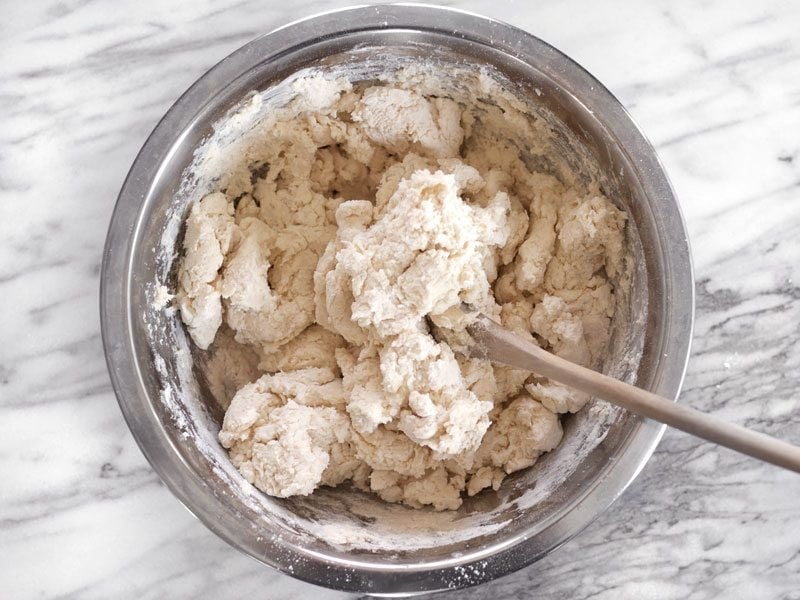 Stir the ingredients until they form a rough dough. 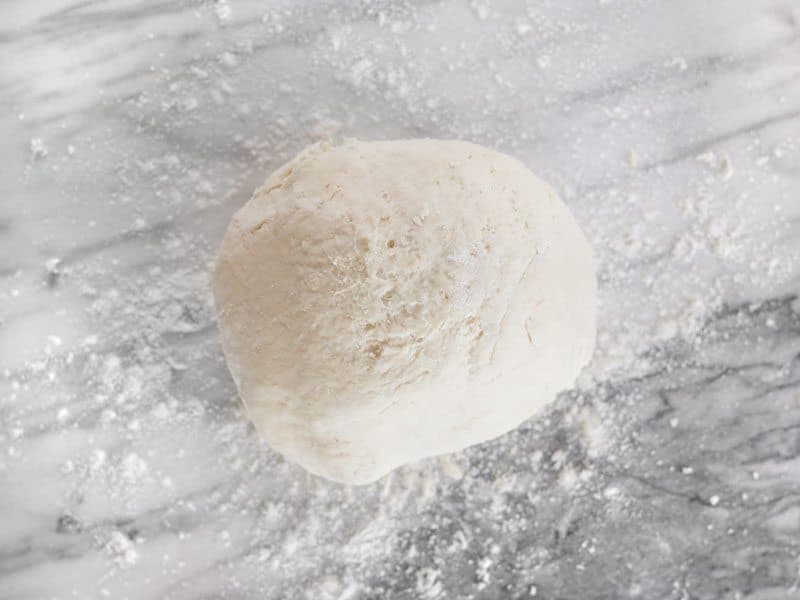 Liberally flour a clean work surface, turn the dough out onto the surface, and work it with your hands until it’s evenly mixed. Avoid kneading the dough, though, because this will develop the gluten and make the final product more rubbery rather than light and delicate. 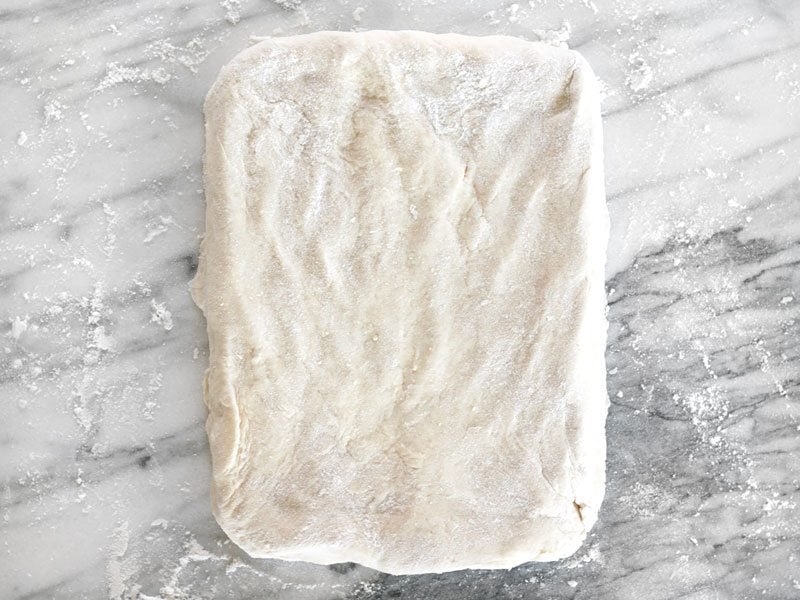 Roughly shape the dough into a rectangle to make it easier to maintain a good shape as you roll with a rolling pin. Make sure your work surface is well floured to prevent the dough from sticking. 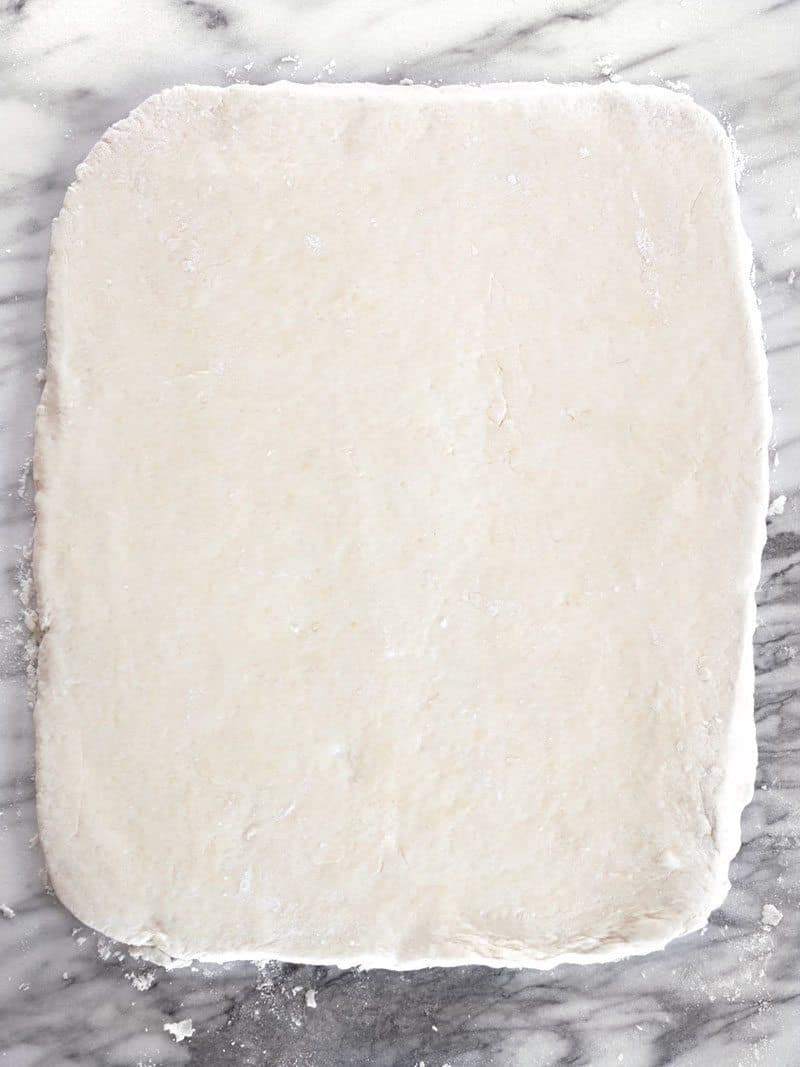 Then use your rolling pin to expand the rectangle to about 9×16″. You don’t have to be exact here, but you’ll want at least 12″ on the long side so that you can cut 12 pieces, at least one inch thick each. Begin to preheat the oven to 400ºF. 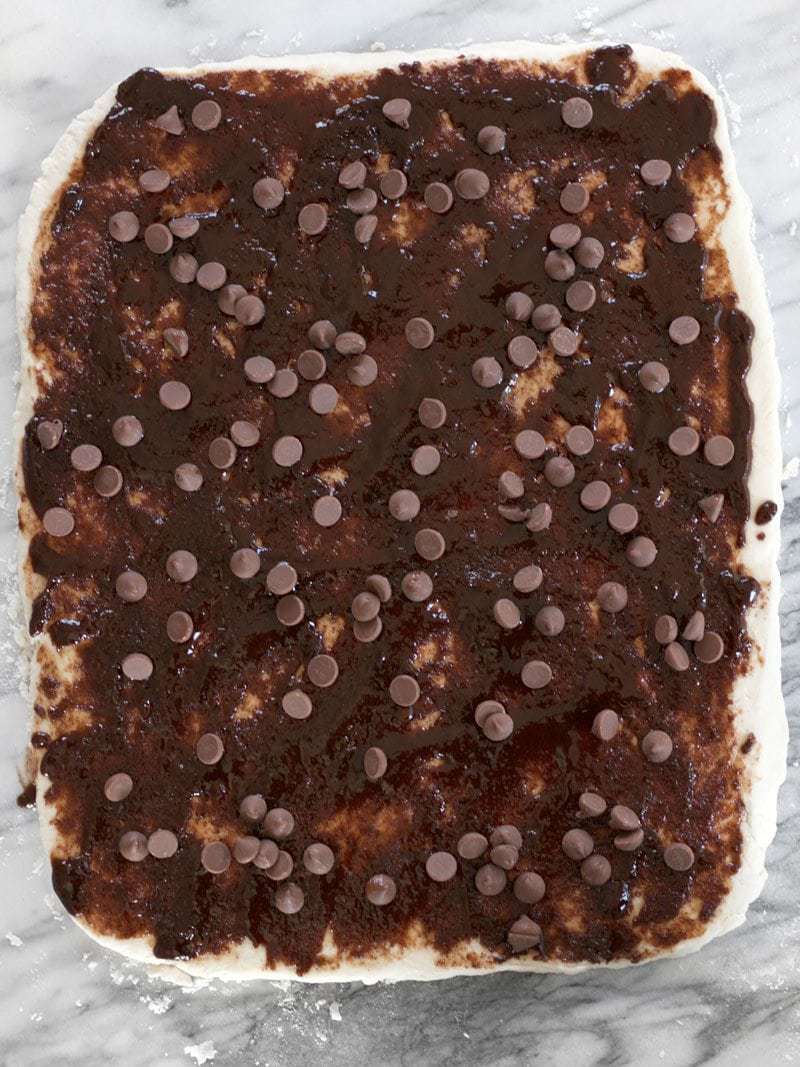 Melt 4 Tbsp butter in a bowl, then stir in 1/2 cup brown sugar, and 1.5 Tbsp cinnamon. Spread the cinnamon sugar mixture over the surface of the dough, edge to edge. Sprinkle 1/2 cup milk chocolate chips over the surface. 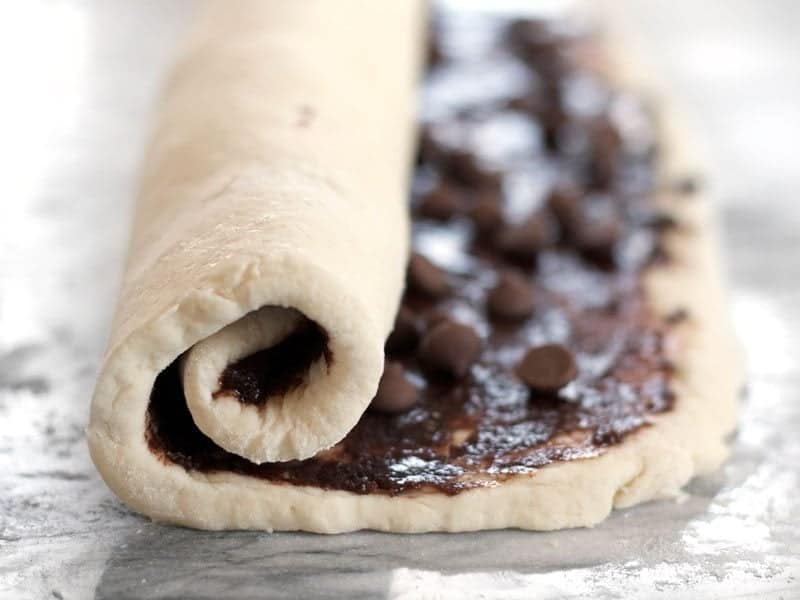 Roll the dough up, from one long side to the other, so you have a 16″ long roll. 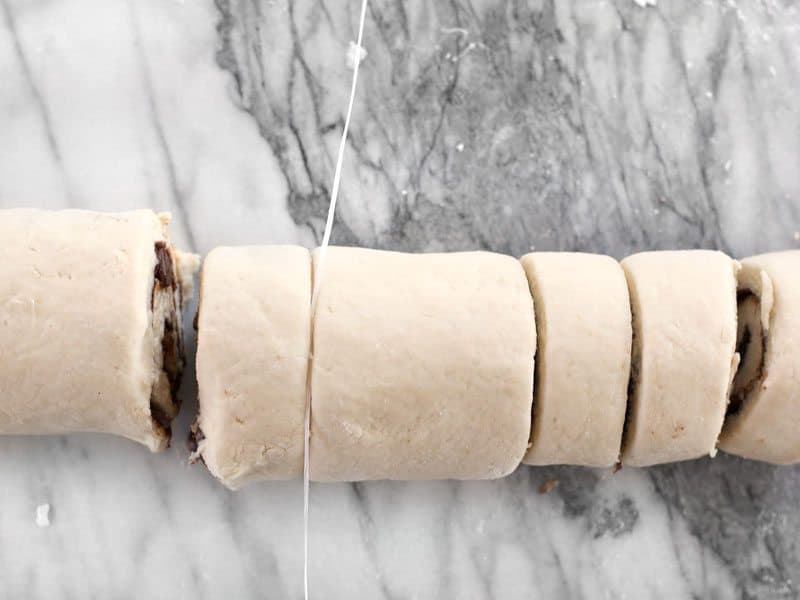 Cut the roll into 12 equal-sized pieces. I found the easiest way to do this is to slide a piece of thread or floss under the roll, then cross the thread over top and pull until it cuts straight through the roll. You want the pieces to be at least one-inch wide. 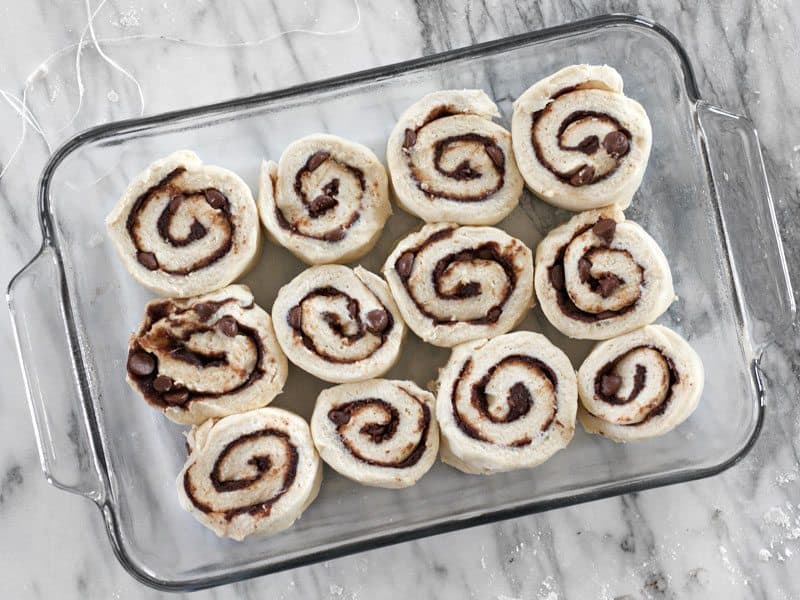 Coat the inside of a casserole dish or pie plate with non-stick spray or butter. Place the buns in the dish so that they are close, but not squished together. They will need a little room to expand. 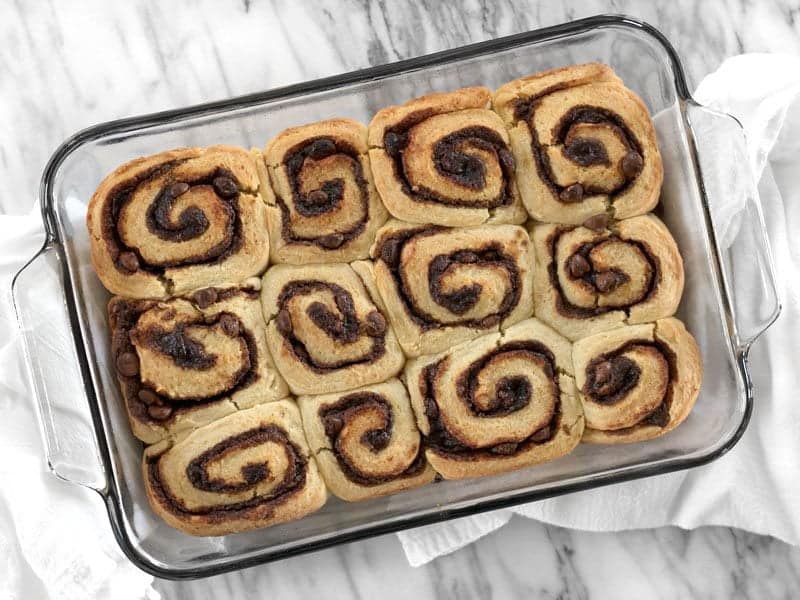 Bake the Chocolate Cinnamon Buns for 20-25 minutes, or until they’re golden brown on top. The total cooking time will depend on the dish that you use and whether or not you bake all 12 at once (remember, you can freeze some of them prior to baking). Let the buns cool. 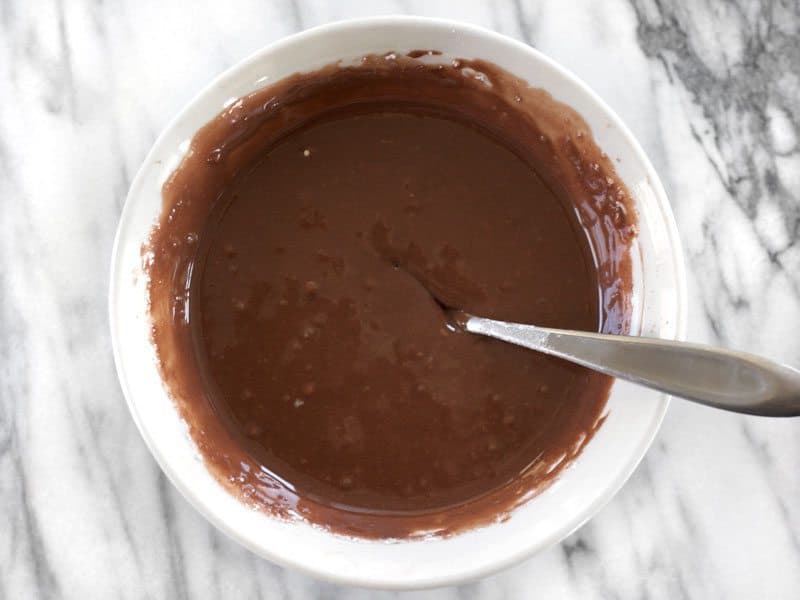 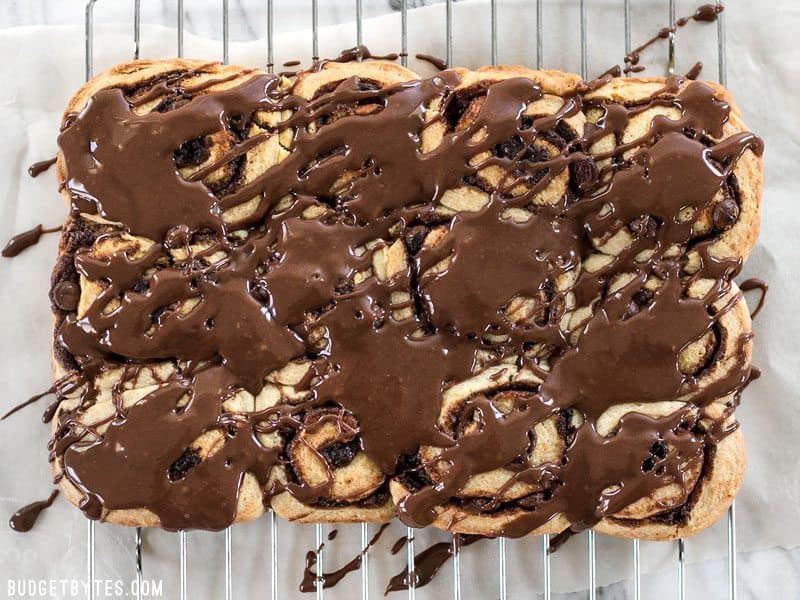 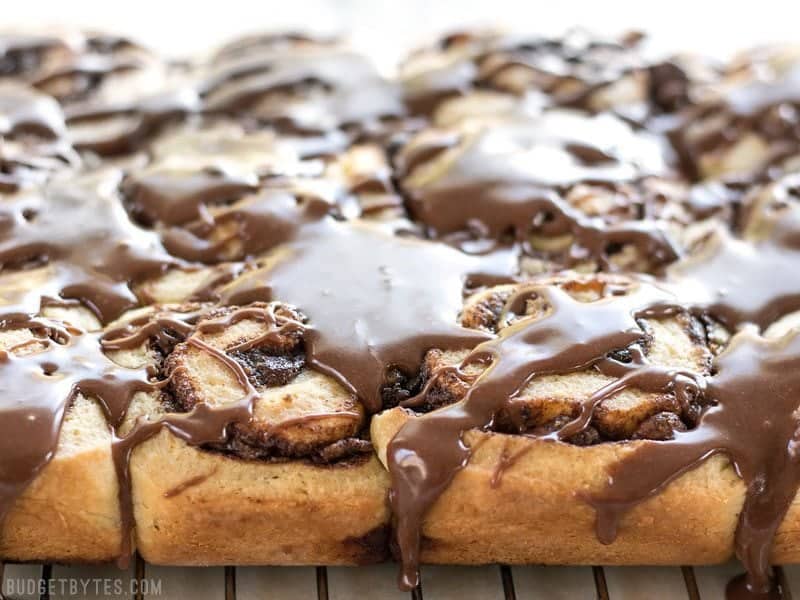 I may have created a chocolate cinnamon bun monster. 😜