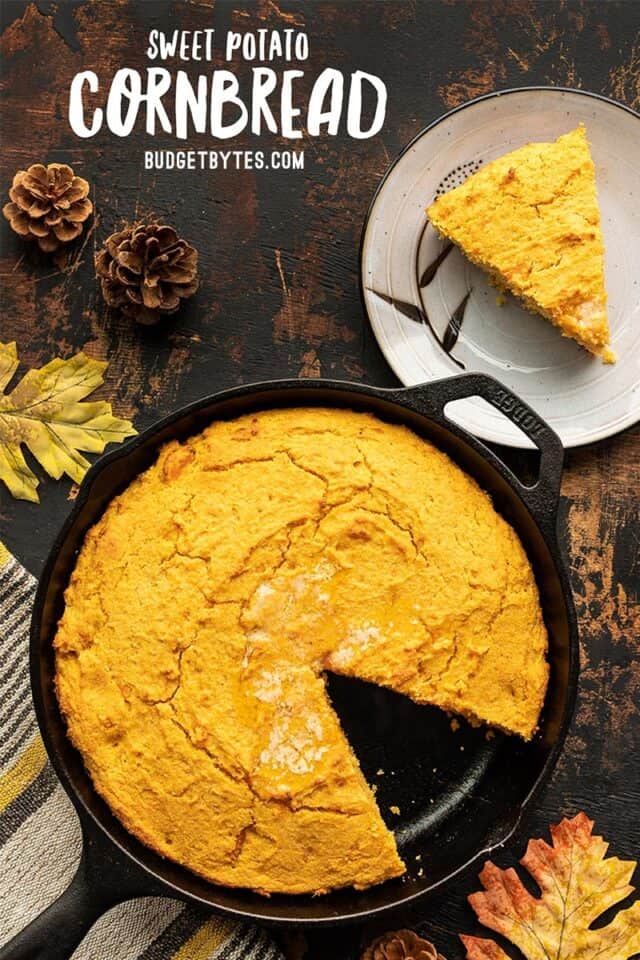 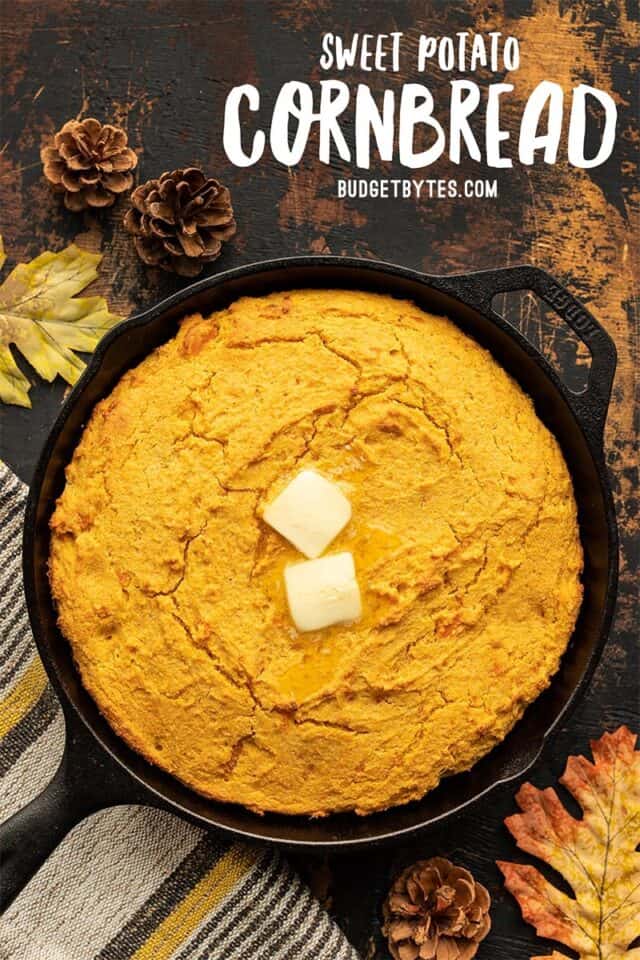 The subtle sweetness of this sweet potato cornbread pairs absolutely perfectly with the warm spices of a bowl of chili or anything BBQ, like this BBQ Cheddar Baked Chicken, but I also have to say, it’s awesome with coffee. I’ve also been eating it for breakfast with a thick pat of butter and with a fried egg on the side.