While I was planning my menu for this week, I took a peek into my freezer to see what might be hiding in there waiting to be used (the less I have to buy, the better). I found a little bag with two links of Italian sausage, so I crafted a super simple pasta salad that would benefit from a small amount of sausage. The sausage in this pasta salad is an embellishment, not the star of the show, but that’s okay. Italian sausage has so much flavor that even just a few little medallions really add a huge pop of flavor to the whole dish.

Because I didn’t have to stock up on many staples this week, I went ahead and splurged on arugula. I really love arugula, but being one of the most expensive salad greens, I rarely indulge. I love arugula for this pasta salad because of its delicate shape and texture, but zesty flavor. Will my arugula get wilted as the pasta salad sits in the fridge? Yes, but I don’t care. I eat wilted spinach on purpose in a lot of dishes, so why not arugula? I’ll live, and probably still enjoy it quite a bit. If you can’t afford arugula, baby spinach is a little less expensive and would also be great in this salad.

If you want to make a vegetarian version, I think spicy banana pepper rings would be a great replacement for the sausage. Sure, they’re a different flavor, but they’ll offer that same bold pop of flavor whenever you get a little in your bite. You could also add other ingredients like olives or artichoke hearts. This salad is flexible! :)

Pasta Salad with Sausage and Arugula

Pasta Salad with Sausage and Arugula 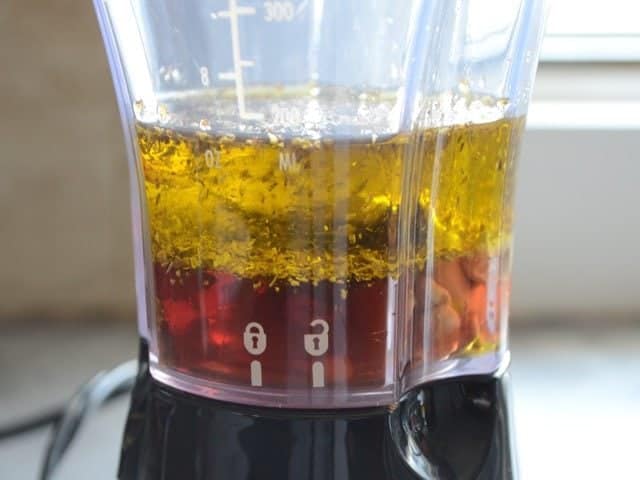 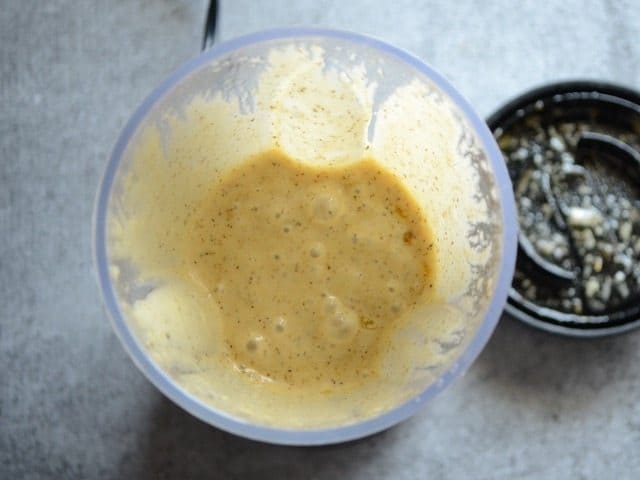 I was really excited to see that my favorite pasta was on sale for $1 this week. Why is it my favorite? This pasta has a great rough texture on the surface that really grabs onto dressing well. I used to think that pasta was just pasta, but this stuff is really a step up. And no, I’m not being paid to say this! Ha, I really do like it. Anyway, I used one pound of penne because I thought this shape would mix well with the other ingredients, but you can use any shape.

Cook the pasta until al dente in a large pot of boiling water. Drain in a colander, then rinse with cool water to bring the temperature down. After rinsing, its really important to let the pasta drain and kind of dry out until it’s a little sticky on the surface. Wet pasta will not hold onto dressing no matter what the texture of the actual pasta is. Make sure to stir it every now and then while it drains so that all the pasta has a chance to dry off.

While the pasta is cooking, you can brown the sausages. I used 1/2 pound, or two links of Italian sausage. Cook the sausage in a skillet until it’s about half way cooked, so that it’s firm enough to slice (raw sausage is soft and you won’t be able to slice it into medallions). Remove the sausage from the skillet, slice into rounds, then return it to the skillet to brown. Because I used a non-stick skillet, I didn’t need to add any extra oil, but you can if needed.

While you’re waiting for the pasta to dry off, thinly slice two bell peppers (I used one red and one orange–they were both on sale! Yay!), and cut 4oz. mozzarella into small cubes.

Aaaand this is the expensive arugula. If you can’t afford it now, bookmark this recipe for the next time you see it on sale. Arugula has a really great spicy/zesty flavor that plays off the dressing and sausage really well. This is a 5oz. bag.

Pour the dressing over top…

And toss until everything is coated in dressing. You can start with half the dressing and add more as needed, if you’re concerned about getting too much dressing in the salad.

Serve the pasta salad up immediately or refrigerate until you’re ready to eat.

If you have the pasta salad refrigerated, be sure to give it a stir before serving to redistribute the dressing. Yummy, I love pasta salad!!

18 comments on “Pasta Salad with Sausage and Arugula”