(please excuse my chewing, I’m eating one of these as I type… and it’s sooo good.)

Why are they (not) Philly Cheesesteak Sandwiches? Well, because it’s really just a Philly Cheesesteak-esque sandwich made with slow cooked beef rather than thinly sliced steak. Different technique, but insanely delicious all the same.

This is by far one of the fastest and easiest recipes that I made with the Multi-Purposed Shredded Beef. All it takes is a quick re-heat of the beef, a super fast saute of the onions and bell peppers, and then a quick melt of the cheese in the oven and you’ll be in cheesesteak heaven! Now I definitely need to restock my freezer with shredded beef.

I did much better with my produce prices for this one. Green bell peppers were on sale 2/$1 and I got a big ‘ol 3 lb. bag of onions for only $1.29 (score!). I used two bell peppers and two onions and it was probably more than enough for four sandwiches. You might be able to get away with using one of each, or two bells and one onion (or vice versa).

Any way you slice it (har har har), I think you’re gonna love this one! 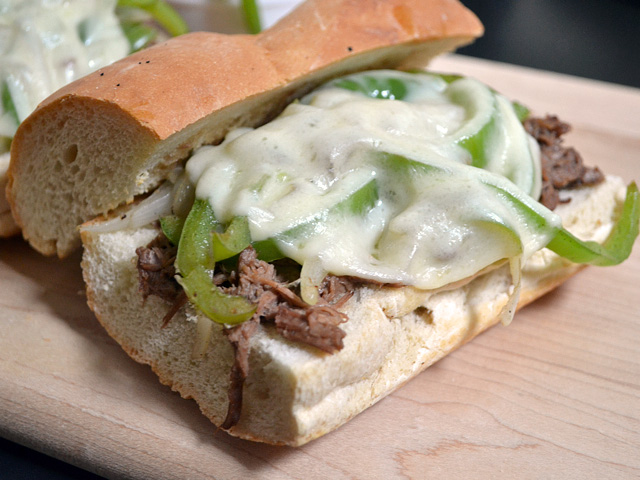 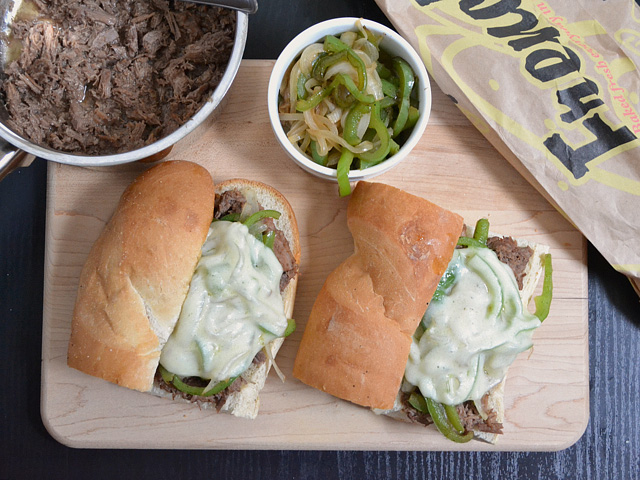 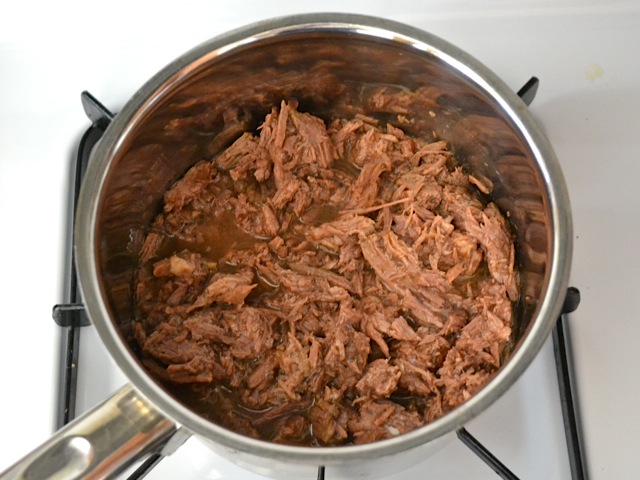 Begin by reheating your beef. If you recall from the original shredded beef post, I froze mine in the cooking liquid. For most of the other recipes I drained off the liquid after reheating, but this time I used it as an au jus to moisten up the bread – and it was deeeelicious. You can reheat it either in the microwave or in a pot over low heat. 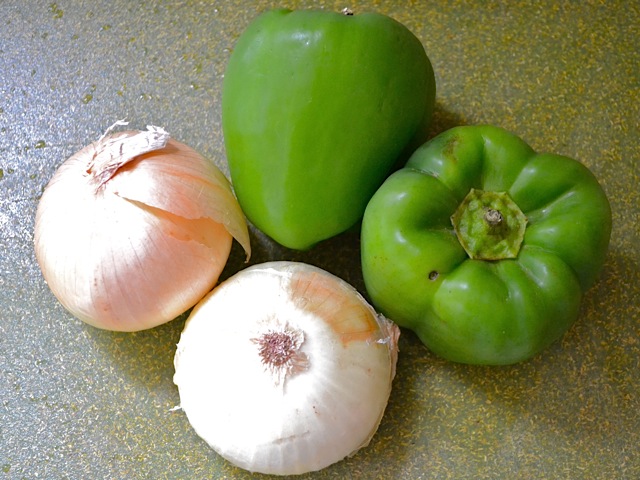 I used two bell peppers and two onions, which was probably too much for four sandwiches, but I really don’t mind having extra sauteed bell peppers and onions. They can go on any type of sandwich or pizza. You can try just one of each or two of one and one of the other… or something. 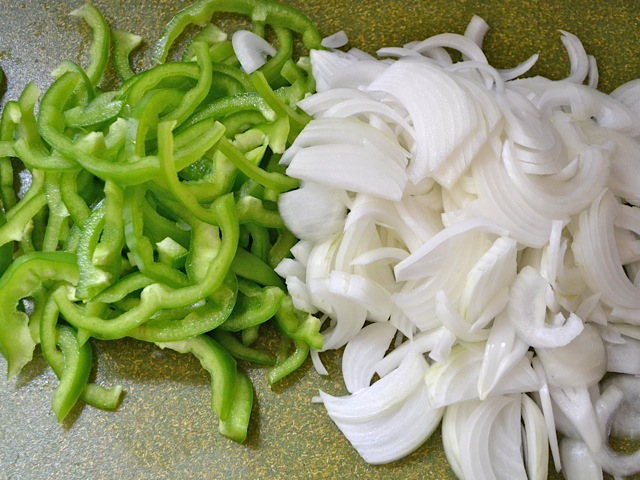 Slice them up thinly so that they cook quickly. 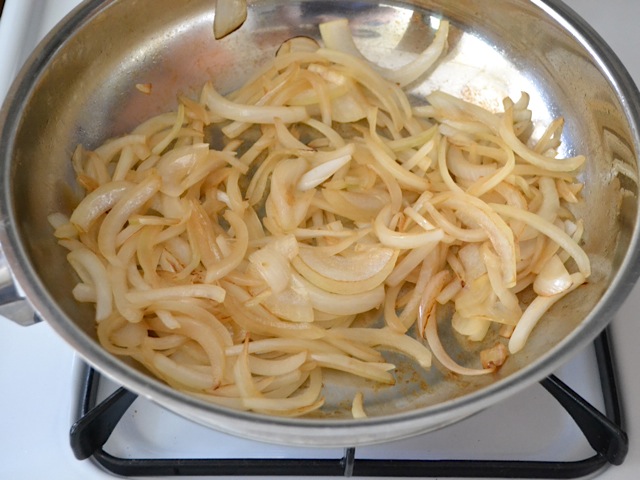 Add just a little oil or non-stick spray to a skillet and heat it over medium-high. Wait until the skillet gets nice and hot and then add some (but not all) of the vegetables. Saute them quickly over the medium-high flame until they are soft and the edges have browned. 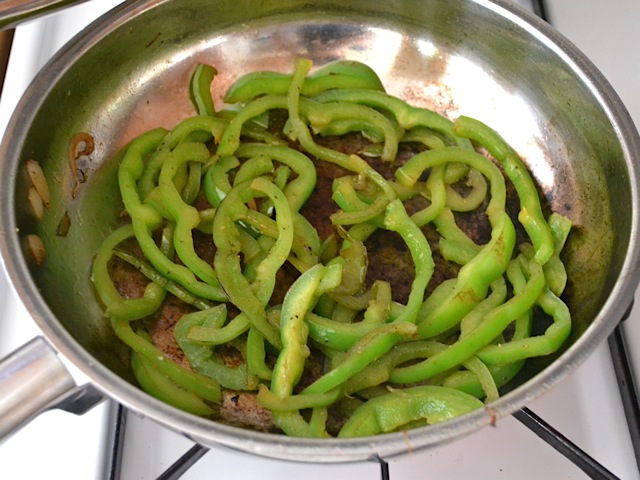 Do the same with the bell peppers… you can actually cook the bell peppers and onions at the same time as long as you do it in batches so that they skillet is not over crowded (so it doesn’t trap the steam). 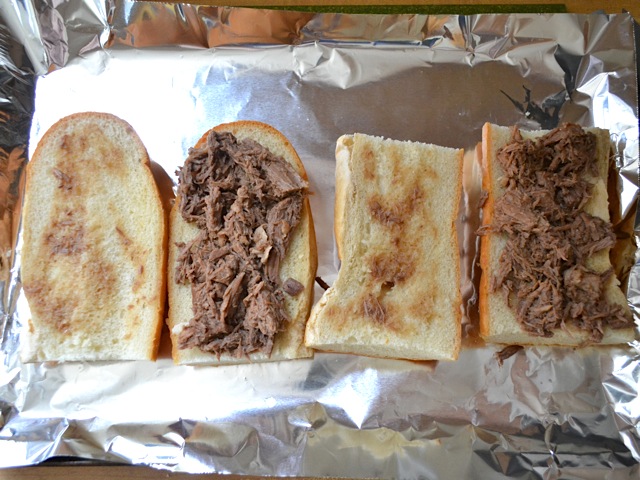 Cut your french loaf into 4 pieces (approximately 6 inches long each). Slice each one open and then place them on a baking sheet. Pile the shredded beef onto one half of each sandwich and spoon some of the cooking juices onto the other half. Note: I only made two sandwiches because I used the other half of my French bread for something else. 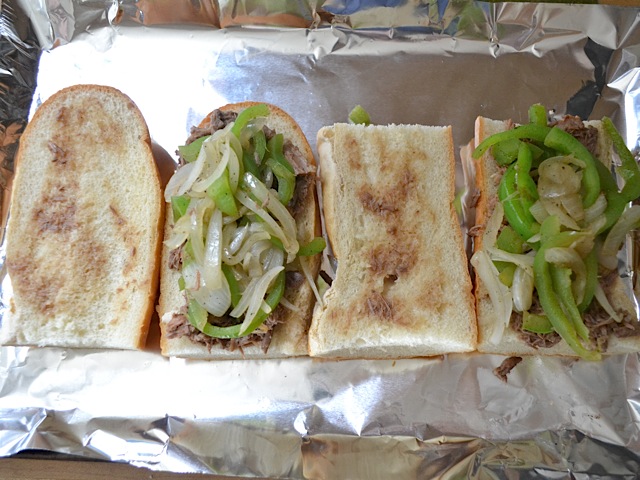 Pile the sauteed peppers and onions on top of the beef… 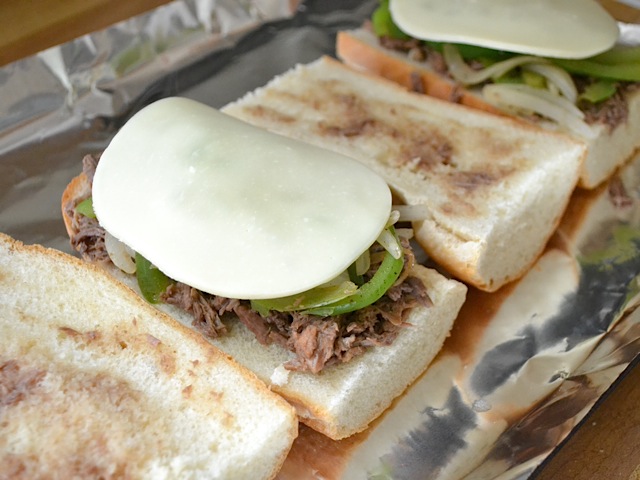 Then place a slice of provolone on each one. I happened to get smoked provolone and it was OUT OF THIS WORLD. I thought one slice per sandwich was going to be skimping, but it was plenty. Pop these babies in the oven for a few minutes to melt the cheese and then… 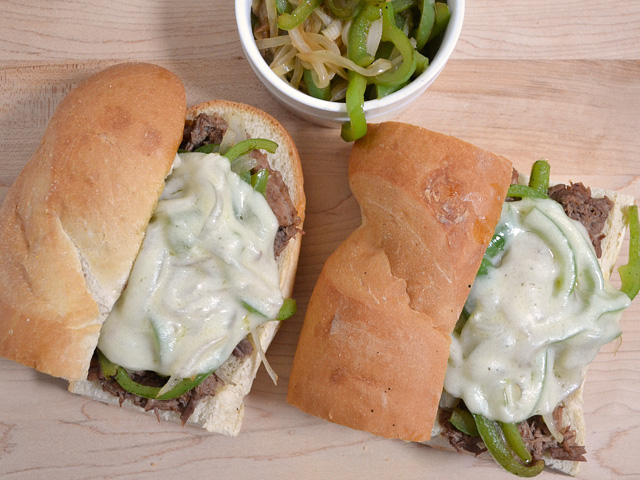 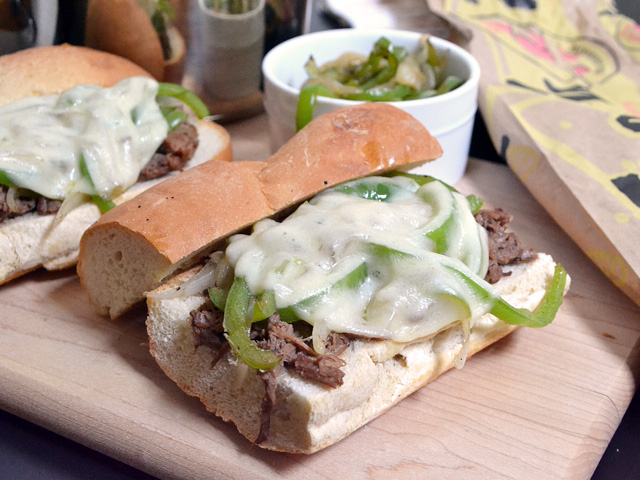 2 comments on “(not) Philly Cheesesteak Sandwiches”