I totally broke my own rules for this one but I had cravings that I just couldn’t deny. Why does this dish break my rules? Because I bought multiple vegetables that were out of season and wildly over priced. Moral of the story: you can probably make this dish for far less than I did if you wait till summer!

Eggplant caponata is usually eaten as an appetizer but I really wanted the super veggie packed eggplant relish over some pasta. The vegetable mix is cooked down with a variety of sweet, salty and acidic ingredients to make a delightful relish with a very complex flavor. You can put many things in caponata but I chose eggplant, bell peppers, fire roasted tomatoes and capers. I actually bought some olives to go in there too but they completely slipped my mind. Next time I think I’ll try cooking down a few anchovy filets with the onion and garlic for a little extra umami oomph.

This makes a huge batch and if you don’t want to eat it all with pasta, you can dip crackers, toasted french bread or even make it into a panini with some fresh mozzarella. Oh, and I bet this would pair wonderfully with some creamy goat cheese… Oh no, the wheels in my head are turning now! 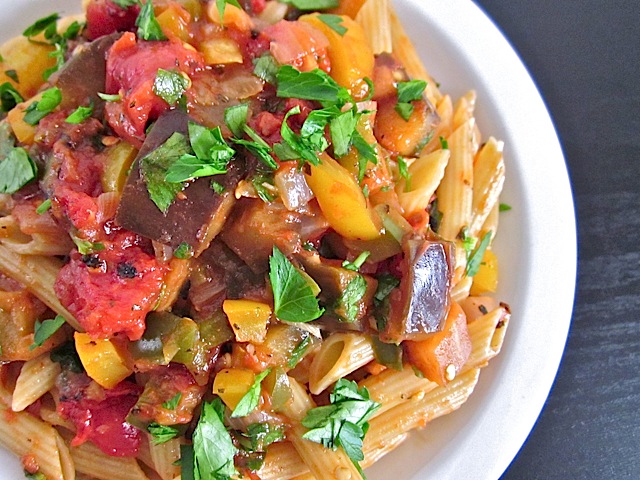 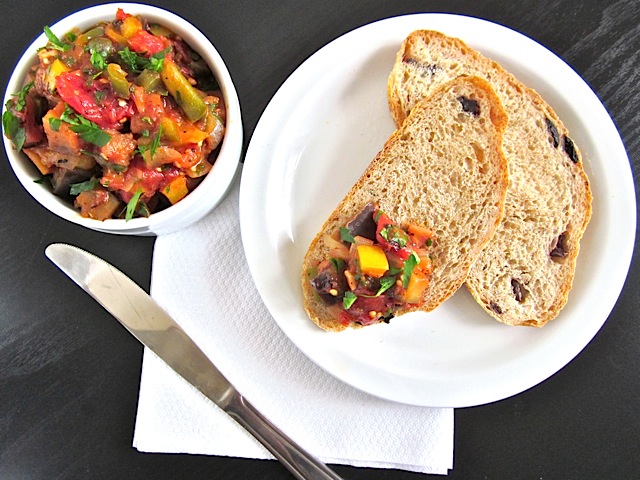 The eggplant caponata mixture can also be served as an appetizer with toast or crackers. 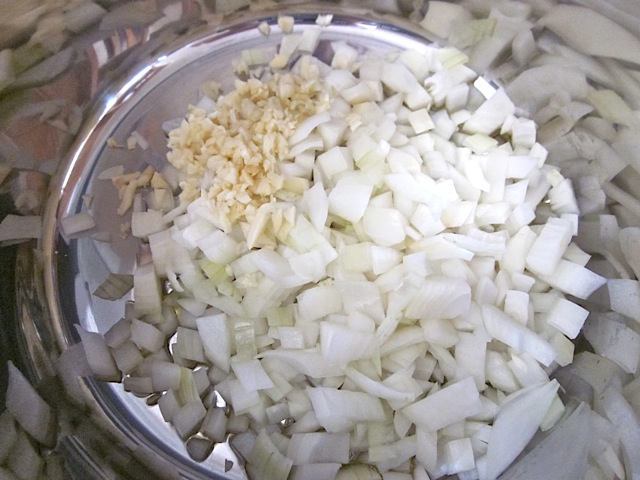 Chop the onion and mince the garlic. Cook both in a large pot with olive oil over medium heat until softened. 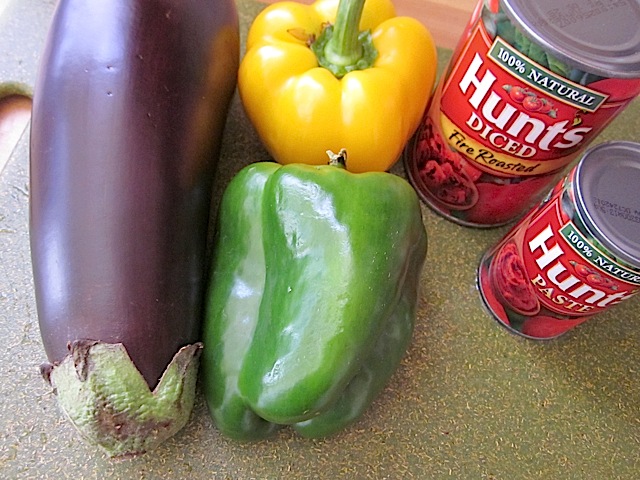 I chose my vegetables based on color… I wanted the full range: purple, yellow, green and red. 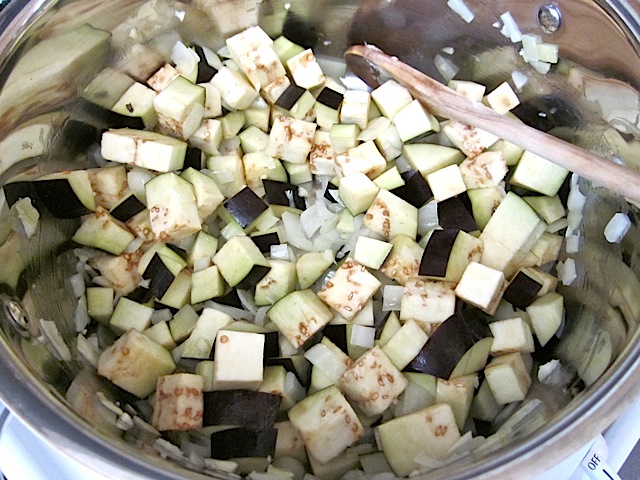 Dice the eggplant and add to the pot. Continue to cook. 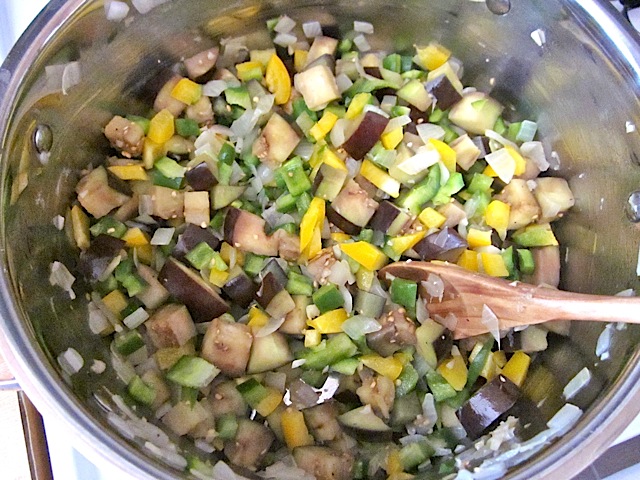 While the eggplant, onion and garlic cook, dice the bell peppers and then add them to the pot. Cook the mixture for 5-10 minutes more or until all of the vegetables begin to soften. You can see here that by the time I added the bell peppers, the eggplant has already begun to soften and darken in color. 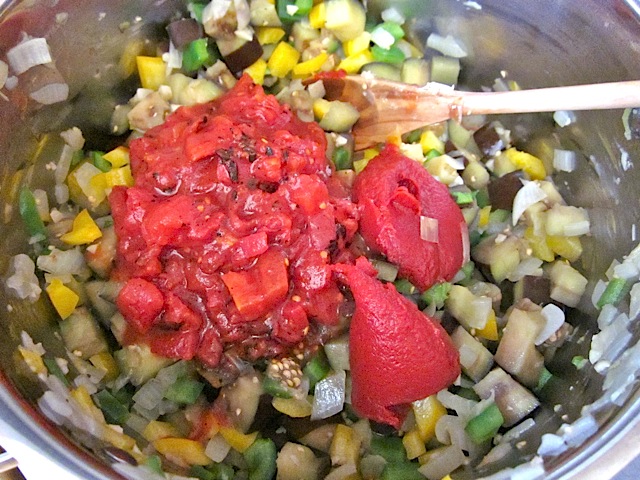 Add the fire roasted tomatoes and tomato paste. This was half a small (6 oz.) can of tomato paste. Don’t forget to freeze the rest so you’ll have it on hand the next time you need some! 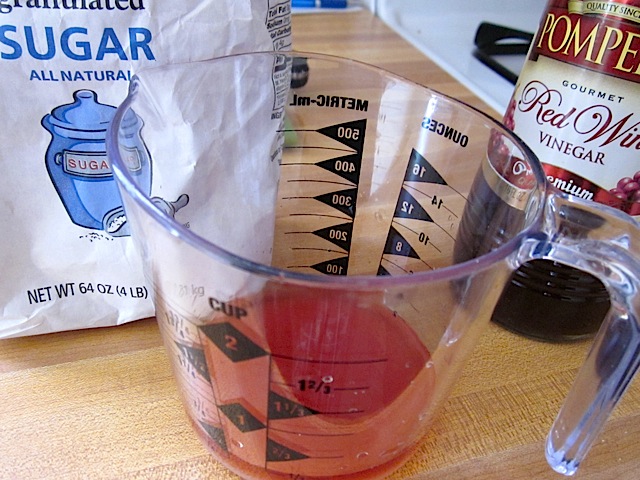 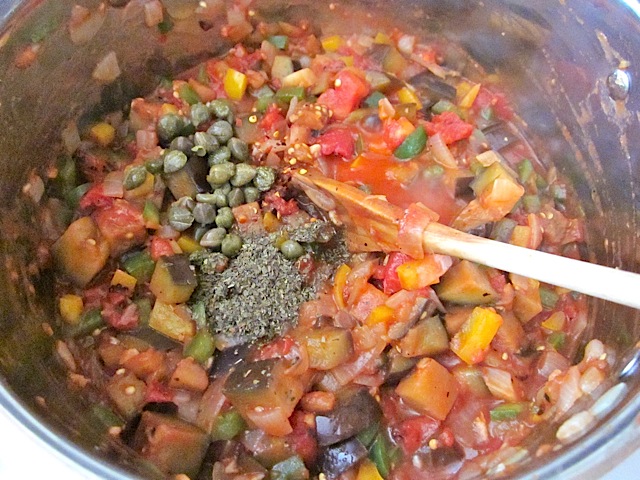 Give everything a good stir and then add the basil, crushed red pepper and capers. Stir again and then adjust the salt and pepper. I added a half teaspoon more of salt to balance the sugar and vinegar. 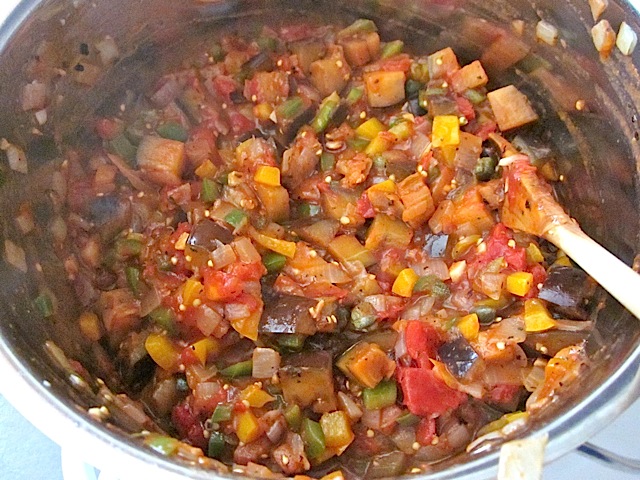 Let the mixture simmer on low heat for about 15 minutes to further soften the vegetables. In the mean time, cook the pasta according to the directions on the box. 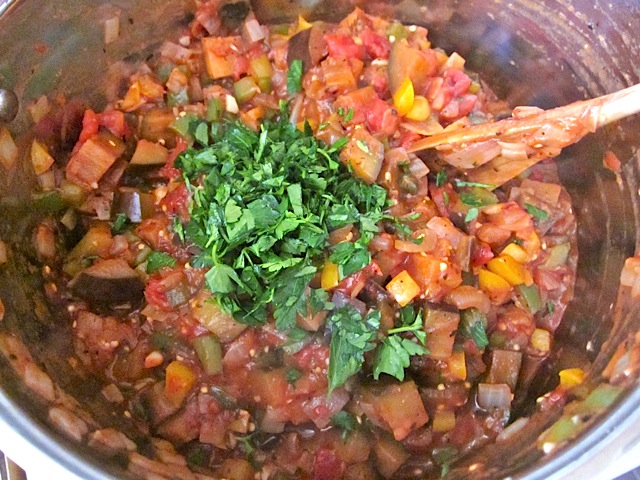 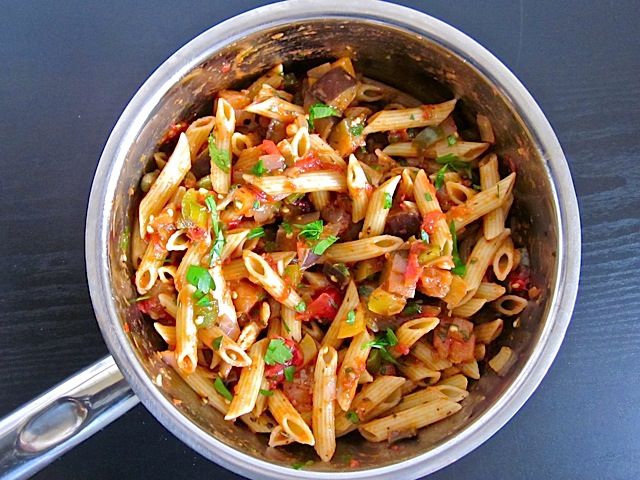 Stir the cooked and drained pasta into the caponata mixture. Serve hot. 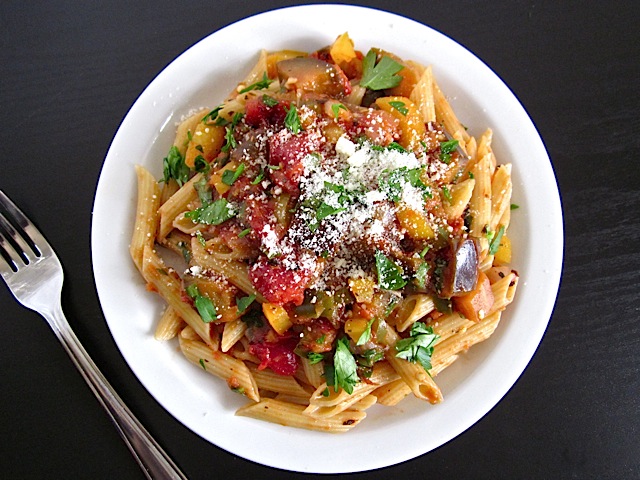 Top with cheese and more fresh parsley if desired.